Proposed Law in Australia May Restrict Availability of Google Search

A change to the industry code proposed by the Australian Competition and Consumer Commission (ACCC) may lead to restricted availability of Google Search for people in this country. According to the proposed change, search engine and social media platforms would have to pay news publishers for displaying their links.

And Google representatives have already affirmed that the internet giant is not going to pay. Instead, the managing director of Google Australia, Mel Silva, has stated that Google Search features may become unavailable for Australians.

Already a tumultuous year, 2020 ended with a major change to the way search engines can serve content from news publishers in Australia. Pledging to fight for the publisher’s rights, the ACCC devised an industry code that requires payment for each link snippet displayed in search results or shared on social media platforms.

This proposed change follows the trend started by the European Union, which adopted a similar provision in its Copyright Directive, voted and approved in March 2019. The first country to translate this directive in its national legislation is France (more to come on this topic later in the article).

Mel Silva, managing director of Google Australia, issued a statement that appears to leave no room for negotiations. In her own words:

“[…] if this version of the code were to become law, it would give us no real choice but to stop making Google Search available in Australia.”

The implications of this statement are serious, both for individual consumers and for businesses that rely on organic search results to generate traffic to their websites. At the present, Google has around 19 million active daily users in Australia.

This is exactly one of the contending points a Google spokesperson raised in order to justify the company’s refusal to pay for links:

“In 2018, the value we provided to publishers through referral traffic alone was estimated at $218 million.”

The threats made by Google representatives do not appear to be empty. At the present, Australian users are seeing less local content in Google Search result. And the Alphabet company confirmed that it is, indeed, blocking access to Australian news sites from time to time.

Google defined this situation as running “experiments” to test the impact of a decision to restrict its services in Australia. And it did elicit a strong response from the highest levels of power in Australia.

Prime Minister Scott Morrison did not leave any room for interpretations in the federal government’s position on the issue.

“Let me be clear, Australia makes our rules for things you can do in Australia. That’s done in our Parliament. It’s done by our Government and that’s how things work here in Australia, and people who want to work with that, in Australia, you’re very welcome.”

And he ended his statement in very short and clear terms: “But we don’t respond to threats.”

A Precedent for the Australian Crisis

So, is Google search really going to stop showing Australian news links? The company issued the same threat in France, when the Parliament made the EU Copyright Directive into law.

However, the internet giant has recently backtracked on its final decision. Google has reached a deal with publishers in France on the 21st of January 2021, nearly two years after issuing a similar statement to the one made in Australia.

However, Google Search restrictions came into force in other two European countries, Germany and Spain, with similar laws regarding pay per link.

As of the 3rd of February 2021, the Google-Australia conflict took another, interesting turn. In an online meeting with the Australian Prime Minister Scot Morrison and Communications Minister Paul Fletcher, Microsoft CEO Satya Nadella said that he “fully supports” the new industry code.

“We believe that the current legislative proposal represents a fundamental step towards a more level playing field and a fairer digital ecosystem for consumers, business and society.”

At the present, Microsoft’s search engine Bing is Australia’s second choice after Google Search, but it has a very low market share – only 3.6%.

We will keep you informed of any future development on this issue. 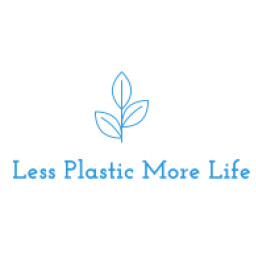 Top SEO Keyword Research Mistakes You Should Strive to Avoid

Top SEO Keyword Research Mistakes You Should Strive to Avoid